After spending two weeks at Planet Hollywood, I went to spend a week at Riu Palace. Unfortunately, I did fall ill during my stay, so I didn’t get to have the complete Riu Palace experience, but I did experience enough to give you guys a rundown of the resort so that you can make an informed decision for your vacation.

If I’m staying at a Riu resort, you best know it’s a Riu Palace.

I have certain travel requirements, and the regular Riu resorts don’t offer as much as the Riu Palace resorts.

My initial reaction to my room was not great.

The room was a bit dated, and not what I’m used to at Blue Diamond resorts. After about 2 days, I finally settled into my room and didn’t mind too much.

There was a walk-in shower, a bathtub, double sinks, minibar, liquor dispenser, coffee maker, A/C, TV, a safe, and I had a partial ocean view with a balcony.

Because it’s a Palace resort, there’s Wi-Fi throughout the resort.

This resort felt more like a resort than Planet Hollywood.

After the rooms, food is the most important.

With Riu Palace resorts, there is 24-hour room service, which means I can get my French fries at all times.

There is a huge buffet at the far end of the resort, where you can get just about anything, and then there’s a smaller buffet where I went for my breakfasts.

There is the Krystal Fusion restaurant, where you can enjoy an American vibe with a diverse menu. If you’re looking for some Japanese cuisine, there’s the Tokyo restaurant. The Italian restaurant has a fantastic menu as well as a big buffet for starters, so you know you’re rolling out of there. Finally, there’s always a steakhouse, where you’re guaranteed to get a well-seasoned steak.

There is plenty of entertainment, both at daytime and night-time.

There’s a gym, there are beach volleyball courts, tennis courts, a spa, and the Riu Fit area hosts group fitness classes up to 6 times a week. If you’re into taking fitness classes, you can do so either indoors or outdoors.

You can do water activities such as windsurfing, stand-up paddleboarding, snorkelling, and kayaking. On your way to these activities, you do have to make your way through the many people who want to sell you things.

On the regular Riu side of the resort, you will find the most amazing waterpark, Splash Water World. I will be putting up a video of me going here so that you can see how amazing it was.

At night, you can expect to experience themed night events, live bands, dancers, games, a disco, and a casino. During the day, you could take part in all sorts of games and entertainment.

From the airport, you can get to the resort in about 25 minutes.

The best thing about the location is how close it is to Coco Beach, plus there’s a shuttle service between the resort and Coco Beach for around $15 roundtrip.

On the resort property, there is a casino, a nightclub, a waterpark, shopping, a pharmacy, a doctor’s office, a coffee shop, art classes, and just about any service you could imagine. There’s nothing that you could need that would require you to leave the compound.

While I did get sick during my stay at Riu Palace, they did have everything I could’ve needed, and it was economical. You could even go next door to Diamante Adventure Park for your fix of ziplining and nature tours. Planet Hollywood didn’t have everything I needed, and their prices were just crazy.

Planet Hollywood is more upscale and glamorous, as you would expect from a Hollywood-themed resort, while it took me some time to adjust to Riu Palace, but Riu Palace had more of a resort feel to it and Planet Hollywood had a condo vibe to it.

Planet Hollywood’s Star Class is great. Riu Palace doesn’t have an upgraded class with all the extras.

Riu Palace was set in a great location, with regular and reliable transportation to Coco Beach and the airport.

If you’re looking for a more budget-friendly all-inclusive resort, Riu Palace is your place. If you’re bad and boujee, you’re going to Planet Hollywood.

If you’re heading to Costa Rica and you’re picking a resort, hopefully this episode has given you enough to think about so that you can make a decision that will give you the experience that you want to have on your vacation. 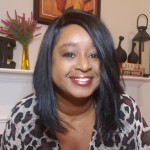